French singer-songwriter and actress whose debut album, I Thought I Was an Alien (2012), peaked at #35 on Belgian music charts. Soko’s hit single “I’ll Kill Her” (2007), reached number one on the chart of the Danish version of the iTunes Store and was the number one song in rotation on radio. Her song “We Might Be Dead by Tomorrow” (2014) was featured in Tatia Pilieva’s short video “First Kiss”. As an actress, Soko has appeared in the films Augustine, The Dancer, Her, and In the Beginning (À l’origine), for which she was nominated for a César Award for Most Promising Actress in 2010. 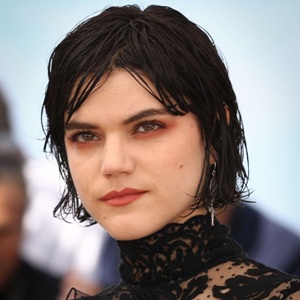 Soko Education:
She dropped out of school at age 16.

Soko Facts:
*She was born on October 26, 1985 in Bordeaux, France.
*Her father is Polish while her mother is French-Italian.
*Her real name is Stéphanie Sokolinski.
*At age 16, she dropped out of school and left home and moved to Paris where she began her acting class with Eva Saint-Paul.
*She owns a record label titled Babycat Records.
*She is a vegan.
*In 2016, she began dating actress Kristen Stewart.
*Visit her official website: www.sokothecat.com
*Follow her on Twitter, YouTube, Facebook and Instagram.