Sophie Marceau is a French actress, director, screenwriter, and author, born November 17, 1966, in Paris, to Simone, a shop assistant, and Benoît Maupu, a truck driver. She grew up far from the studio spotlights. She became known with her debut films La Boum and La Boum 2, receiving a César Award for Most Promising Actress. She also rose to international fame with her performances in Braveheart, Firelight, and the 1999 film The World Is Not Enough. 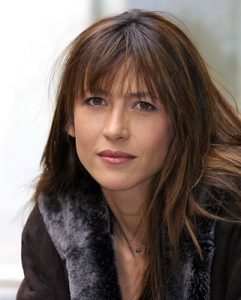 Sophie Marceau Education:
She Studied in the Ecole Florent in Paris.

Sophie Marceau Facts:
*Her parents divorced when she was 9.
*She is an animal lover, a nature protector.
*She was chosen as Ambassador of Charm for France in East Asia where she enjoys great popularity.
*She was signed to a long term modeling contract as a teen while in France.
*She was honored with the Cesar (French Oscar) for Most Promising Actress, in 1983.
*Follow her on Twitter, Facebook and Instagram.