Spencer Matthews is a British entrepreneur and television personality who is the founder and CEO of the Clean Liquor Company and Eden Rocks Diamonds. He is notable for TV shows such as Made in Chelsea, The Bachelor, Celebrity MasterChef, The Jump and Spencer, Vogue and Wedding Two. Born Spencer George Matthews on August 6, 1988 in London, United Kingdom, Jane and David Matthews, he has an older half-sister named Nina, and two older brothers named James and Michael, the latter of whom died at age 22 scaling Mount Everest in 1999. He was educated at Eton College and Mander Portman Woodward, London. In June 2018, he married Irish model Vogue Williams with whom he has one son, Theodore. He was previously in a relationship with fellow Made in Chelsea star Lauren Hutton and singer Emma Walsh. 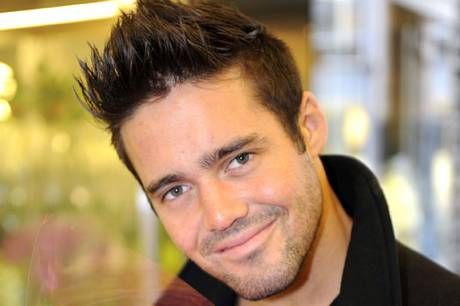 Spencer Matthews Facts:
*He was born on August 6, 1988 in London, United Kingdom.
*He was named after his maternal grandfather, Robert Spencer Parker, an architect.
*He studied Cinema and Television at the University of Southern California, but dropped out after nine months.
*In May 1999, his older brother Michael was killed in a mountaineering accident on Everest, hours after becoming the youngest Briton to conquer the peak.
*He is the heir to Eden Rock Hotel St. Barths.
*He launched luxury diamond jewellery business Eden Rocks and the Clean Liquor Company in 2019.
*Follow him on Twitter and Instagram.