Stacy Keach is an American actor and voice actor. He is best known for his portrayal of Mike Hammer in the CBS television series Mickey Spillane’s Mike Hammer and The New Mike Hammer from 1984 to 1987. He is also known for his roles as Ken in the series Titus and Warden Henry Pope on FOX’s Prison Break. In 1988, Keach starred as Ernest Hemingway in the television miniseries Hemingway, for which he won a Golden Globe Award and was nominated for a Primetime Emmy Award. Born Walter Stacy Keach Jr. on June 2, 1941 in Savannah, Georgia, to parents Mary Cain and Walter Stacy Keach Sr., he is the older brother of James Keach. In 1959, Keach graduated from Van Nuys High School in Los Angeles, California and studied drama at the University of California – Berkeley, Yale, and the London Academy of Music and Dramatic Art. He has been married four times and is the parent of two children: a daughter named Karolina and a son named Shannon. 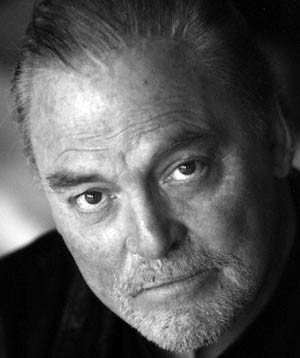 Stacy Keach Facts:
*He was born on June 2, 1941 in Savannah, Georgia, USA.
*He earned two BA degrees from University of California, Berkeley.
*Famous for his dramatic roles.
*On July 31, 2019, he received a star on the Hollywood Walk of Fame at 1628 Vine Street in Hollywood, California.
*He has been married four times.
*Visit his official website: www.gostacykeach.com
*Follow him on Facebook and Twitter.