Actress Stephanie March was born Stephanie Caroline March on July 23, 1974 in Dallas, Texas, USA, the daughter of Laura Len and John Abe March IV. She has a sister, Charlotte. Stephanie is best known for her portrayal of Alexandra Cabot on the television series Law & Order: Special Victims Unit. She has a perfect body which measures breast 36, waist 27 and hip 38. She has a height of 5 feet and 9½ inches which is around 177 cm. She wears a size 9.5 shoe and her zodiac sign is Leo. 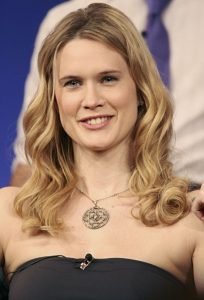 Stephanie March Facts:
*She belongs to German, Dutch, Irish and English descent.
*Became a celebrity ambassador for World of Children. [2010].
*Her favorite dish is biscuits and gravy.
*Follow her on Twitter and Instagram.