Stephen Colbert is an American comedian, producer, political commentator, actor, author, and television host who was the host of satirical Comedy Central program The Colbert Report from 2005 to 2014. He is the current host of The Late Show with Stephen Colbert. Colbert voiced Phil Ken Sebben and Reducto in Harvey Birdman, Attorney at Law. His book, I Am America (And So Can You!), was listed No. 1 on The New York Times Best Seller list in 2007. Throughout his career, Colbert has won nine Primetime Emmy Awards, two Grammy Awards, and three Peabody Awards. 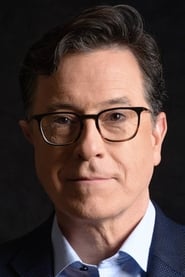 Stephen Colbert Facts:
*Born on May 13, 1964 in Washington, District of Columbia, he grew up in Charleston, South Carolina.
*He was the youngest of eleven children in a Catholic family.
*He worked as a waiter for 5 years as a young man.
*He hosted the satirical Comedy Central program The Colbert Report from 2005 to 2014.
*In 2015, he replaced David Letterman as host of ‘The Late Show.’
*He was named one of Time’s 100 Most Influential People in 2006 and 2012.
*He is a big fan of author Flannery O’Connor, “The Enduring Chill” being his favorite of her books.
*He is friends with Jon Stewart.
*He married Evelyn McGee-Colbert in 1993. They have have two sons named John and Peter and a daughter named Madeline.