Steve Aoki is an American musician, record producer, DJ, and music executive who has collaborated with numerous artists such as Iggy Azalea, Afrojack, LMFAO, Linkin Park, Laidback Luke, BTS, Louis Tomlinson, Will.i.am, Lil Jon, Blink-182, Rise Against, Vini Vici and Fall Out Boy. Aoki is also known for his remixes of artists such as Kid Cudi. His first album, Wonderland (2012) was nominated for Grammy Award for Best Dance/Electronica Album in 2013. Born Steven Hiroyuki Aoki on November 30, 1977 in Miami, Florida, to parents Chizuru Kobayashi and Rocky Aoki, he grew up in Newport Beach, California. He has two older siblings, sister Kana, and brother Kevin. His half-sister is well-known model Devon Aoki. Aoki graduated from the Newport Harbor High School in 1995. He then attended the University of California, Santa Barbara and graduated with two B.A. degrees, one in feminist studies and the other in sociology. In December 2015, Aoki married his longtime girlfriend Australian model, Tiernan Cowling following a five-year engagement. They split in 2017. 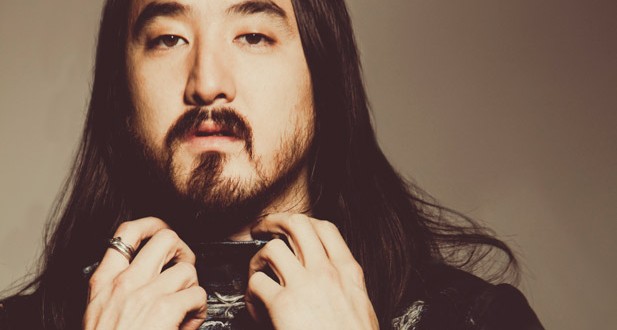 Steve Aoki Facts:
*He was born on November 30, 1977 in Miami, Florida, USA.
*He is of Japanese descent.
*His half-sister is model Devon Aoki.
*He played on Newport Harbor High School’s badminton team.
*He was a singer of the punk rock band, This Machine Kills.
*He co-founded a management company, Deckstar, with rapper Eminem’s manager Paul Rosenberg.
*In 1996, Aoki established his own record label named, Dim Mak Records.
*In 2012, he collaborated with Kid Cudi on the single “Cudi the Kid”.
*Pollstar designated Aoki as the highest grossing dance artist in North America from tours. (2012)
*He is an active supporter of the animal rights organization, PETA.
*He cites Malcolm X as big influence.
*He published a memoir, Blue: The Color of Noise in 2019.
*Visit his official website: www.steveaoki.com
*Follow him on Twitter, YouTube, SoundCloud, Facebook and Instagram.