Suleka Mathew is a Canadian actress born in Kerala, India. She is best known for her portrayal of Dr. Sunita Ramen on the Canadian television series Da Vinci’s Inquest. Other notable television roles include The Crow: Stairway to Heaven (as D.A. Cordelia Warren), Stephen King’s Dead Zone (as Dr. Janet Gibson), Men in Trees (as Sara Jackson), The West Wing (as Ms. Chakrabarthi), and Hawthorne (as Sara Jackson). Her films credits include Touch of Pink, The Republic of Love, and Midnight Sun. In 2017, Mathew began playing Arlene Branch in the TNT show Claws. 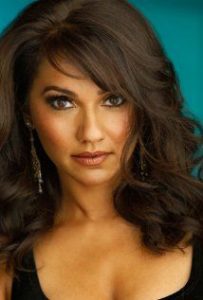