Summer Glau is an American actress. She is best known for her starring roles as River Tam in the Fox science fiction series Firefly and its feature film sequel Serenity, Tess Doerner in The 4400, Cameron in Terminator: The Sarah Connor Chronicles, Bennett Halverson in Dollhouse, Skylar Adams in Alphas and Isabel Rochev/Ravager in Arrow. 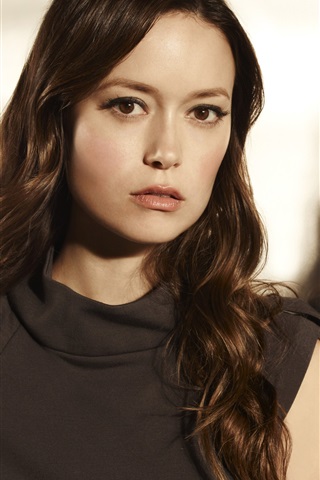 Summer Glau Education:
Glau received a scholarship to a ballet company and was homeschooled from grades 3 to 12 to accommodate her ballet training.

Summer Glau Facts:
*She was born on July 24, 1981 in San Antonio, Texas, USA.
*She is of German/Alsatian German, Swiss-German, English, Scottish, and Welsh descent.
*She played River Tam in the series Firefly and its film finale, Serenity.
*In 2006, Glau won a Saturn Award for Best Supporting Actress for her role in Serenity.
*She loves to watch cooking shows.
*She is married to Val Morrison. They have two children.
*Follow her on Twitter, Facebook and Instagram.