Summer Phoenix is an American actress, model and designer. She is best known as the youngest sister of River Phoenix, Rain Phoenix, Joaquin Phoenix, and Liberty Phoenix. She has starred in Esther Kahn and Suzie Gold. She portrayed Carla in the 2001 film The Believer. Born Summer Joy Phoenix on December 10, 1978 in Winter Park, Florida, she is the daughter of Arlyn Phoenix and John Bottom. She attended New York University’s Tisch School of the Arts film school form January 1997 to May 1998. She married Casey Affleck on June 3, 2006, and the couple had two children before getting divorced in 2017. 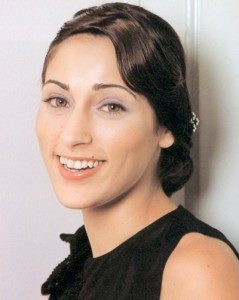 Summer Phoenix Facts:
*She is the fifth and youngest child of her parents Arlyn Phoenix and John Bottom.
*She is an avid supporter of PETA.
*She is a vegan.
*She was a member of the rock band The Causey Way with her sister Rain.