Susanna Reid is a British television presenter and journalist, best known for presenting BBC Breakfast from 2004 to 2014, Sunday Morning Live from 2010 to 2011, and Good Morning Britain since 2014. She took part in the eleventh series of Strictly Come Dancing in 2013, finishing runner-up to Abby Clancy. Born Susanna Victoria Reid on December 10, 1970 in Croydon, United Kingdom, her father, Barry Reid, was a management consultant, and her mother, Sue Smith, was a nurse. Her parents divorced when she was nine years old. She studied Politics, Philosophy and Law at Bristol University and earned a degree from the Cardiff School of Journalism. Reid started her career at BBC Radio Bristol and then became a reporter for Radio 5 Live, as well as a producer. She was in a relationship with former sports correspondent Dominic Cotton from 1998 to 2014. Together, the couple have three sons. 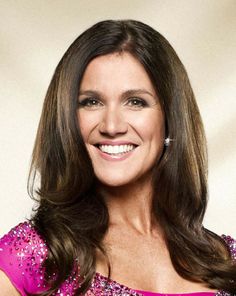 Susanna Reid Facts:
*She was born on December 10, 1970 in Croydon, United Kingdom.
*She is the youngest of three children.
*She obtained a degree from the Cardiff School of Journalism.
*She worked as a newsreader for The Andrew Marr Show.
*She co-hosted BBC Breakfast from 2003 to 2014.
*She is an avid supporter of English Fooltball Club, Crystal Palace.
*She is a pescetarian.
*Follow her on Twitter and Instagram.