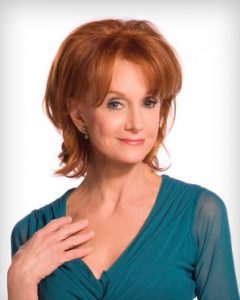 Swoosie Kurtz Facts:
*She is the only child of her parents, Margo and Frank Kurtz.
*She was named after the Swoose airplane, which her father, Frank Kurtz flew during World War II.
*Attended and graduated from University of Southern California, where she majored in drama.
*She is a registered Democrat.