Taissa Farmiga is an American actress, best known for her multiple roles on the FX anthology series American Horror Story: Murder House, Coven, Roanoke and Apocalypse. She has also appeared in films such as The Bling Ring, Mindscape, At Middleton, The Final Girls, 6 Years, In a Valley of Violence, Rules Don’t Apply, What They Had, The Long Dumb Road, The Nun, and The Mule. Born on August 17, 1994 in Readington, New Jersey, USA, to Ukrainian American parents Michael and Lubomyra Farmiga, she is the youngest of seven children with siblings Vera Farmiga, Laryssa Farmiga, Nadia Farmiga, Alexander Farmiga, Victor Farmiga and Stephan Farmiga. She made her acting debut in the 2011 drama film Higher Ground and made her television debut as Violet Harmon in the FX series American Horror Story: Murder House (2011). 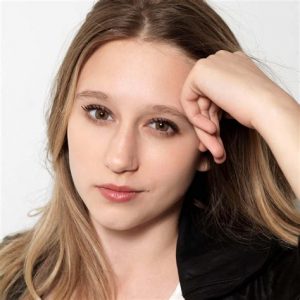 Taissa Farmiga Education:
She attended public school until 4th grade, after which she began homeschooling.

Taissa Farmiga Facts:
*She was born on August 17, 1994 in Readington, New Jersey, USA.
*Born Ukrainian immigrant parents, her father was raised in Argentina and her mother was raised in the United States.
*She the younger sister of Oscar nominee Vera Farmiga.
*She made her acting debut at age 17 with the 2011 film Higher Ground.
*She can play the guitar, and has mastered the art of making origami cranes.
*She enjoys snowboarding and hiking.
*She is good friends with Claire Julien and Katie Chang.
*Follow her on Twitter, Tumblr and Instagram.