Tamela D’Amico is an American recording artist, actress, producer, and director who started her own production company, La Strega Entertainment, to create vehicles for the many facets of her career. She also created, directed, and produced the web series Sex Ed: The Series. Tamela is known for her appearance on the FOX reality series On the Lot, where she finished as a Top 24 finalist. Born TammiLynn Marie D’Amico on August 21, 1979 in Long Island, New York, USA, she belongs to Sicilian descent. She studied at The Lee Strasberg Theatre Institute. She is an alumni of Florida State University’s School of Motion Picture, Television, and Recording Arts known as “The Film School”. She started her career in film at Florida State University’s much lauded Film School. 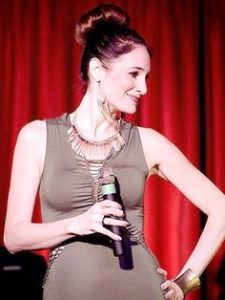 Tamela D’Amico Facts:
*She was born on August 21, 1979 in Long Island, New York, USA.
*She was named after the Debbie Reynold’s film and song ‘Tammy’.
*She finished as a Top 24 finalist on the FOX reality show On the Lot, produced by Steven Spielberg and Mark Burnett.
*She cites Frank Sinatra as her chief musical and artistic influence.
*Visit her official website: www.tameladamico.com
*Follow her on Twitter, Facebook and Instagram.