Tana Mongeau is an American Internet personality, musician and model. She is famous for her “storytime” videos and similar comedy videos on her self-titled YouTube channel, where she has more than 4.99 million subscribers and growing. She has more than 4.8 million followers on Instagram and over 1.8 million on Twitter. In November 2017, Tana released her debut single, Hefner, via iTunes. She began starring on her own web series titled MTV No Filter: Tana Turns 21 in 2019. Born on June 24, 1998 in Las Vegas, Nevada, her birth name is Tana Marie Mongeau. She started her YouTube career in April 2015 with the video titled Kicked Out Of Walmart. On June 24, 2019, she announced that she and YouTuber Jake Paul were engaged. The couple married on July 28, 2019. Previously, she was in a relationship with Somer Hollingsworth (2015-2017), Bella Thorne (2017-2019), and Brad Sousa (2019). 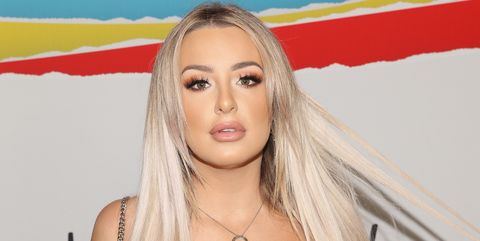 Tana Mongeau Facts:
*She was born on June 24, 1998 in Las Vegas, Nevada, USA.
*Her full name is Tana Marie Mongeau.
*She started drinking when she was studying in the 8th grade.
*She began her YouTube channel in April 2015 with the video titled Kicked Out Of Walmart.
*One of the quickest adapting YouTuber who obtained over 2,000,0000 subscribers in just over a year.
*Follow her on Twitter, YouTube, Facebook and Instagram.