Telle Smith is an American musician. He is best known as the lead vocalist of the Arizona metalcore outfit The Word Alive. He has performed with several bands, such as Greeley Estates, and In Fear and Faith. Telle is famous for his tenor singing voice, wide vocal range and ability to comprehensively alternate between melodic and screamed vocals. In 2011 he released a solo album called A Mountain. Born Tyler Smith on August 9, 1986 in Dayton, Ohio, USA, he is the eldest of four children, and has three brothers; Tanner, Dustin, and Travis. He was educated at Spring Valley Academy in Centerville, Ohio. At 17, he started playing the guitar and started singing at 20. 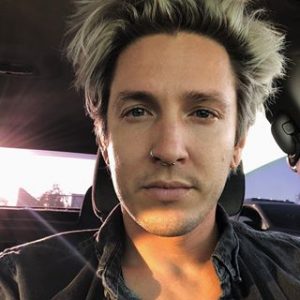 Telle Smith Facts:
*He was born on August 9, 1986 in Dayton, Ohio, United States.
*He is the eldest of four brothers and is an adherent of the Christian faith.
*He cites Brand New and Sigur Rós as some of his influences.
*His favorite bands include Thirty Seconds to Mars, As Cities Burn, As I Lay Dying, Thursday, August Burns Red, Circa Survive and City and Colour.
*Follow him on Twitter, Facebook and Instagram.