Tika Sumpter is an American actress, singer, producer, television host, and model. She is best known for her portrayal of Layla Williamson on ABC’s daytime soap opera, One Life to Live. She also had a recurring role in the CW series, Gossip Girl, and appeared in the BET sitcom, The Game. Sumpter played supporting roles in the films, Stomp the Yard 2: Homecoming, Salt, What’s Your Number? and Think Like a Man. Sumpter’s other notable works include Stomp the Yard: Homecoming, Ride Along with Ice Cube, Sparkle, The Haves and the Have Nots, Get On Up, A Madea Christmas, and Nobody’s Fool. 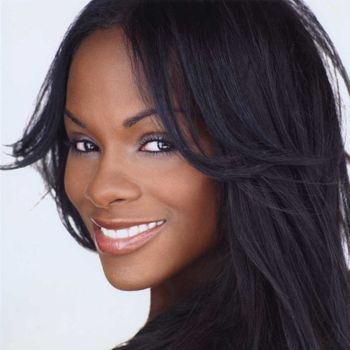 Born Euphemia LatiQue Sumpter on June 20, 1980 in Queens, New York, to parents Janice Acquista and Arthur Curtis Sumpter Sr., she graduated from Longwood Senior High School in Middle Island, New York and majored in communications at Marymount Manhattan College. She had a daughter named Ella-Loren in October 2016 and got engaged to The Haves and the Have Nots co-star, Nicholas James in 2017. She was previously married to Hosea Chanchez.

Tika Sumpter Facts:
*She was born on June 20, 1980 in Queens, New York, USA.
*She is active in dancing since the age of nine, and was a cheerleader at her high school.
*She studied at Marymount Manhattan College where she majored in communications.
*She began her career as host of Best Friend’s Date, a reality series on The N.
*She played Layla Williamson on ABC’s soap opera One Life to Live from 2005 to 2011.
*Follow her on Twitter, Facebook and Instagram.