Tim Robbins is an American actor who is best known for his roles in the films The Shawshank Redemption, Mystic River, Short Cuts and The Player. Other notable acting roles include Norville Barnes in The Hudsucker Proxy, Nuke LaLoosh in Bull Durham, Jacob Singer in Jacob’s Ladder, Griffin Mill in The Player, Dave Boyle in Mystic River, for which he won an Academy Award for Best Supporting Actor, and Harlan Ogilvy in War of the Worlds. Robbins also directed the films Bob Roberts and Dead Man Walking, and received an Academy Award nomination for Best Director for Dead Man Walking. 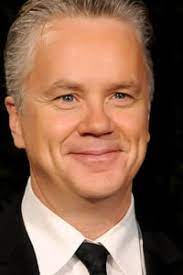 Born Timothy Francis Robbins on October 16, 1958 in West Covina, California, to parents Mary and Gilbert Lee Robbins, his ancestry includes English, along with some French/French-Canadian, Norwegian, Scots-Irish/Northern Irish, Scottish, German, and distant Dutch. Robbins has two sisters, Adele and Gabrielle, and a brother, composer David Robbins. Following his high school graduation, Robbins formed an experimental theater group with his group of actor friends, which included John Cusack. He graduated with honors from UCLA with a degree in Drama in 1981. He was the partner of actress Susan Sarandon from 1988 until 2009. They have two sons; Jack Henry Robbins (born May 15, 1989) and Miles Robbins (born May 4, 1992).

Tim Robbins Facts:
*Born on October 16, 1958 in West Covina, California, he was raised in New York City’s Greenwich Village.
*He moved to Greenwich Village with his family at a young age, because his father had become a member of the folk group Highwaymen.
*He was kicked off his high school hockey team for fighting.
*He won an Academy Award in 2004 for his work in Mystic River.
*At 6’5″, Robbins is the tallest actor ever to have won an Oscar. The tallest actor ever nominated was James Cromwell at 6’7″.
*His favorite movie is the Akira Kurosawa masterpiece Seven Samurai.
*He was awarded a Star on the Hollywood Walk of Fame at 6801 Hollywood Boulevard in Hollywood, California on October 10, 2008.
*He is good friends with John Cusack.
*Visit his official website: www.timrobbins.net
*Follow him on Facebook and Twitter.