Rahman Ali is an American former heavyweight boxer. He is the younger brother of boxing legend Muhammad Ali. Turning professional on February 25, 1964, Rahman won 14 bouts, lost 3, and had one draw. In his career he knocked out seven opponents and was himself knocked out once. In 1972 after back to back losses ending with Rahman being knocked out by Jack O’Halloran he retired from professional boxing. On January 17, 2015, Rahman released his autobiography with a book titled, That’s Muhammad Ali’s Brother! My Life on the Undercard, which is coauthored by H.Ron Brashear and the foreword written by Gene Kilroy – the longtime business manager of Muhammad Ali. 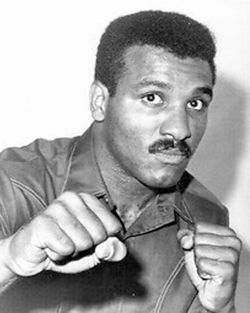 Rahman Ali Facts:
*He was born on July 18, 1943 in Louisville, Kentucky, USA.
*He is the younger brother of boxing legend Muhammad Ali.
*He was a descendant of slaves of the antebellum South, and was predominantly of African descent, with some Irish and English family heritage.
*He started boxing in a Louisville, Kentucky amateur boxing league.
*He became a Black Muslim first and is said to have introduced his brother to the ministry.
*In 1964, he joined the Nation of Islam and changed his name.