Tom Amandes is an American actor. He is best known for his role as Eliot Ness in the 1990s television series The Untouchables. He played the role of Abraham Lincoln in the 2012 autobiographical film Saving Lincoln, and played Geena Davis’ boyfriend in The Long Kiss Goodnight. From 2002 to 2006, Amandes played Dr. Harold Abbott in the TV drama Everwood. Other notable acting roles include Steve Rutledge in The Pursuit of Happiness, Martin Posner in Eli Stone, Dr. Pelikan in Parenthood, and Samuel Reston in Scandal. He also appeared as cyber-criminal Noah Kuttler/the Calculator in the fourth season of Arrow. Born on March 9, 1959 in Richmond, Illinois, he has 10 siblings: Peggy, Paul, Eileen, Gerry, Mary, Lorraine, John, Louise, Vince and Grace. In 1977, Amandes graduated from Crystal Lake Central High School. He then attended the Goodman School of Drama at DePaul University, graduating in 1981. He is married to actress Nancy Everhard. He was previously married to Jamie O Reilly. He has three children. 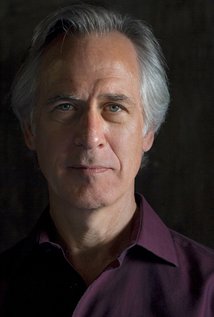 Tom Amandes Facts:
*He was born on March 9, 1959 in Richmond, Illinois, USA.
*He began acting at an early age, performing at home with his 10 siblings and starring in school productions
*He was born on exactly the same date as Rodney A. Grant.
*Visit his official website: www.tomamandes.com
*Follow him on Twitter.