Tomas Skoloudik is a Czech male fashion model who has modeled for campaigns including The Gap, Armani Jeans and Emporio Armani. He has walked the runway for Gucci. He has appeared on the cover of fashion magazines such as Men’s Folio, Men’s Health, Style: Men, and Indigo. In addition, he has appeared in several print campaigns, including Buffalo, Gas Jeans, Calvin Klein, Guess Underwear, Free Soul, Kenneth Cole, and Dolce & Gabbana. Born on October 24, 1985 in Dobřany, Czech Republic, he moved to New York to pursue his career. He started his modelling career at the age of 19. 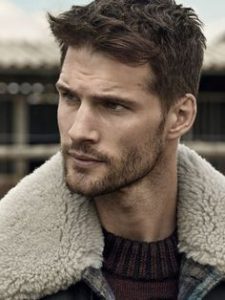 Tomas Skoloudik Facts:
*He was born on October 24, 1985 in Dobřany, Czech Republic.
*His modelling career started at the age of 19.
*He appeared in campaigns for Emporio Armani and Armani Jeans in 2012.
*He was ranked as one of the ‘Sexiest Men’ on Models.com.
*Follow him on Instagram.