Toni Michelle Braxton, better known as Toni Braxton, is an American R&B singer and songwriter who has won six Grammy Awards, seven American Music Awards, and five Billboard Music Awards and has sold over 60 million records worldwide. She released singles like “You’re Makin’ Me High” and played Belle in the Broadway rendition of Beauty and the Beast. She topped the Billboard 200 with her hit single “Un-Break My Heart.” Toni was born on October 7, 1967 in Severn, Maryland, USA as Toni Michelle Braxton. She was married to Keri Lewis from 2001 to 2013. Check out all her info, including Personal Details, Body Measurements, Family Details, and Education. 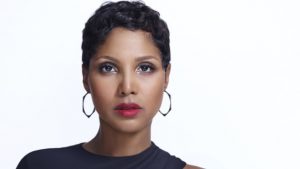