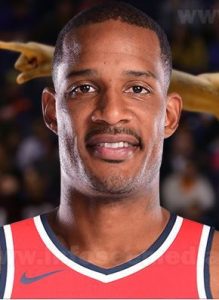 Trevor Ariza Facts:
*He was born on June 30, 1985 in Miami, Florida, USA.
*His stepfather, Kenny McClary, played at the University of Florida in the mid to late 1980s, and professionally with the Sydney Kings in Australia.
*His first son is named after his late brother, Tajh Ariza.
*He was selected as the 43rd pick of the 2004 NBA draft by the New York Knicks.
*He won his first NBA title with the Los Angeles Lakers in 2009.
*Follow him on Twitter.