Aja Naomi King is an American actress. She is best known for her portrayal of Michaela Pratt on ABC’s legal drama series How to Get Away with Murder, and for her role as Cassandra Kopelson in The CW medical comedy-drama Emily Owens, M.D.. For her performance in How to Get Away with Murder, King received an NAACP Image Award for Outstanding Supporting Actress in a Drama Series nomination in 2015. In 2014, she played the recurring role of Ali Henslee in the ABC medical drama series Black Box. She has also played prominent roles in the films Four, Reversion, The Birth of a Nation, and the comedy-drama The Upside. She has also appeared on the covers of major international magazines including Vanity Fair, Elle, Marie Claire, Nylon, Glamour, Essence, Entertainment Weekly and Shape. 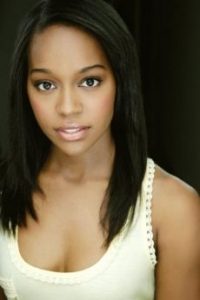 Aja Naomi King Facts:
*Born on January 11, 1985 in Los Angeles County, California, she grew up in Walnut, California.
*She did her schooling from Rowland High School and graduated from University of California a degree of Bachlor of Arts in Fine Arts, and Master of Fine Arts from Yale Unversity School of Drama.
*She starred as Cassandra Kopelson in The CW medical comedy-drama Emily Owens, M.D. from 2012–13.
*From 2014 to 2020, she played Michaela Pratt in the ABC legal thriller How to Get Away with Murder.
*She became the face of skincare line Olay’s fall 2015 advertising campaign.
*In 2017, she became a spokesperson for L’Oreal Paris.
*Follow her on Facebook, Twitter, and Instagram.