Tyson Apostol is an American reality television personality, best known for competing on the reality television competition series Survivor. He won $1,000,000 as the winner of Survivor: Blood vs. Water. He previously appeared on “Survivor: Tocantins” and “Survivor: Heroes and Villains”. He later competed on Survivor: Winners at War. He is a former professional cyclist who rode for the Austrian cycling team Team Volkbank. Born on June 17, 1979 in Lindon, Utah, he attended Brigham Young University on a swimming scholarship. In 2014, Apostol married Rachel Foulger. They have two daughters. 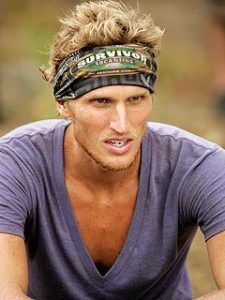 Tyson Apostol Facts:
*He was born on June 17, 1979 in Lindon, Utah, USA.
*He was named the winner of Survivor: Blood vs. Water (Season 27) during the finale on December 15, 2013.
*He appeared on Survivor Blood vs Water with his then-girlfriend, now-wife, Rachel Foulger.
*Follow him on Twitter and Instagram.