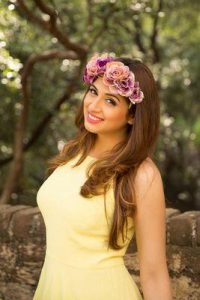 Vahbbiz Dorabjee Facts:
*She was born on November 28, 1982 in Pune, India.
*She’s a trained Kathak dancer.
*She made her television debut with the show Pyaar Kii Yeh Ek Kahaani.
*She was married her co-actor Vivian Dsena from 2013 until 2017.
*Follow her on Twitter, Facebook and Instagram.