Valerie Harper was an American actress of stage, film, and television, best known for her starring role in the hit sitcom The Mary Tyler Moore Show and in its spin-off, Rhoda. She earned four Emmy Awards and a Golden Globe for her role as Rhoda across the two series. Her notable film appearances include: Freebie and the Bean (1974), and Chapter Two (1979), both of which garnered her Golden Globe Award nominations. She has also appeared in several Broadway productions. For her role as Tallulah Bankhead in Matthew Lombardo’s Looped, she was nominated for the Tony Award for Best Actress in 2010. She competed on the 17th season of Dancing With The Stars in 2013. Born Valerie Kathryn Harper on August 22, 1939 in Suffern, New York, USA, her father, Howard Harper, was a lighting salesman, and her mother, Iva McConnell, was a nurse. She was the middle child of three, with an older sister named Leah and younger brother named Merrill and a half-sister named Virginia, from her father’s second marriage. Harper was of English, Irish, Scottish, Welsh and French descent. She began her career as a dancer and chorus girl in Broadway musicals like Lil Abner, Wildcat and Subways Are For Sleeping. Harper made her film debut at 16, as one of the teenagers at the prom in Rock, Rock, Rock. She died on August 30, 2019, in Los Angeles, at the age of 80. She was married to Richard Schaal from 1964 to 1978, and Tony Cacciotti from 1987 to 2019) 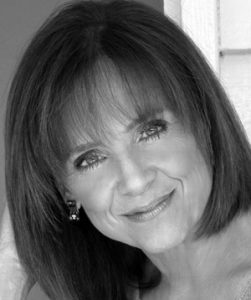 Valerie Harper Facts:
*She was born on August 22, 1939 in Suffern, New York, USA.
*She began her career as a dancer and chorus girl at age 16.
*She appeared on the 17th season of Dancing with the Stars.
*She ran for president of the Screen Actors Guild in 2002, but lost to Melissa Gilbert.
*Visit her official website: www.valerieharper.com
*Follow her on Twitter and Facebook.