Vanessa Williams is an American singer, actress, producer and former fashion model who became the first African-American woman crowned Miss America in 1983, but resigned after nude photos surfaced in Penthouse magazine. Her runner-up, Suzette Charles, became the second African-American Miss America after her resignation. Vanessa is best known for her roles on television shows such as Ugly Betty and Desperate Housewives. She is the daughter of Milton Williams and Helen Williams. Her parents worked as music teachers. Her brother is actor and comedian Chris Williams. Vanessa grew up in a the mainly white middle-class suburb of Millwood, New York. She has been married to Jim Skrip since 2015. She was previously married to basketball player Rick Fox and film producer Ramon Hervey II. 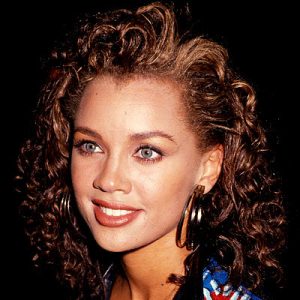 Vanessa Williams Facts:
*Her parents, Milton Williams and Helen Williams, were both music teachers.
*She made her feature film debut in the 1987 movie The Pick-up Artist.
*Her daughter Jillian Hervey is lead singer-dancer for “Lion Babe”.
*She was the first black contestant in the hot seat on ‘Who Wants to Be a Millionaire’ in 1999.
*Follow Vanessa on Twitter, Facebook, Myspace, YouTube, and Instagram.