Veronica Webb is an American supermodel, actress, and tv personality, born February 25, 1965, in Detroit, Michigan, to Marion, a public health nurse, and Leonard Douglas Webb, an electrician. She is of African, German, and Iroquois descent. She has been featured on the cover of fashion magazines such as Vogue and Elle magazine and on the runway for Victoria’s Secret and Chanel. She was the first African-American to hold a major contract in the cosmetics industry. 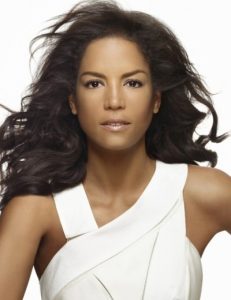 Veronica Webb Facts:
*Her ancestry includes African, German, and Iroquois.
*She was the first African-American to hold a major contract in the cosmetics industry.
*One of the world’s top fashion models.
*New York magazine named her the 1994 Model of the Year.
*Follow her on Twitter and Instagram.