Vicky Pattison is a British television and media personality. She is best known for appearing on the British reality show Geordie Shore from 2011 to 2014. She also appeared on the reality series Ex on the Beach in 2014 and 2015 and her own show Judge Geordie in 2015. Born Victoria Pattison on November 16, 1987 in Newcastle upon Tyne, UK, to parents Caroll and John Pattison, she has a sister, Laura Pattison. She holds a degree in Drama from Liverpool John Moores University. In 2016, she began dating John Noble, and got engaged in 2017. They broke up in November 2018. Vicky was previously in a relationship with Ricci Guarnaccio from 2011 to 2013. 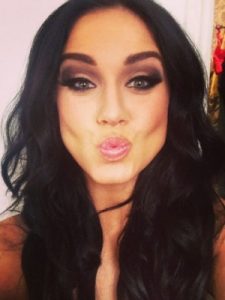 Vicky Pattison Facts:
*She was born on November 16, 1987 in Newcastle upon Tyne, UK.
*She has no middle name.
*She studied drama at Liverpool John Moores University.
*In 2002, she won series 15 of I’m a Celebrity, Get Me Out of Here!.
*She released her autobiography entitled Nothing But The Truth in August 2014.
*She is best friends with Casey Batchelor.
*Follow her on Twitter, Facebook and Instagram.