Victoria Pratt is a Canadian actress, fitness model, and author. She is best known for television roles as Jackie Janczyk on Once a Thief, Rose ‘Sarge’ on Cleopatra 2525, Shalimar Fox on Mutant X, Andrea Battle on Day Break, and Casey McMurtry on Heartland. Her other well-known television credits include Cold Case, NCIS, Lie to Me, A Daughter’s Nightmare, and Hawaii Five-0. Pratt’s notable films include Legacy, House of the Dead II, What Love Is, Brotherhood of Blood, and Lazer Team 2. As a writer, she has writen a book on fitness and bodybuilding. Born Victoria Ainslie Pratt on December 18, 1970, in a small town of Chesley, Ontario, Canada, she graduated summa cum laude from York University, and has a degree in Kinesiology. She made her film debut with David Hasselhoff in the 1998 film Legacy. Her first major film role was in House of the Dead II. She was married to director and photographer T.J. Scott from 2000 to 2016. In 2014, she started dating country singer Trace Adkins. 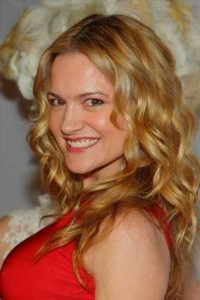 Victoria Pratt Facts:
*She was born on December 18, 1970, in Chesley, Ontario.
*She is left-handed.
*She was offered a scholarship to the master’s program in physiotherapy at the University of Toronto but declined.
*She is a blue belt in Shotokan karate and her favorite form of exercise is kickboxing.
*Her hobbies include salsa dancing, hiking in the Hollywood hills and volleyball.
*Visit her official website: www.imvictoriapratt.com
*Follow her on Twitter and Instagram.