American actress Virginia Madsen is best known for her portrayal of Helen Lyle in the 1992 horror film Candyman, and Maya in the 2004 film Sideways, for which she received Golden Globe and the Academy Award for Best Supporting Actress nominations. Her first role was in the 1983 film The Class. Her other film roles include Long Gone, The Rainmaker, A Prairie Home Companion, The Astronaut Farmer, The Haunting in Connecticut, Gotham, The Hot Spot, Ghosts of Mississippi, Red Riding Hood and All the Wilderness. She was born in September 11, 1961 in Chicago, Illinois as Virginia G. Madsen. She is the daughter of Elaine Madsen, an Emmy-winning writer, poet, and producer, and Calvin Madsen, a fireman. She belongs to Danish, Irish, English, Scottish and German descent. She was in a relationship with actor Antonio Sabato, Jr. from 1993 to 1998, with whom she has a son named Jack. She was previously married to actor Danny Huston from 1989 to 1992. 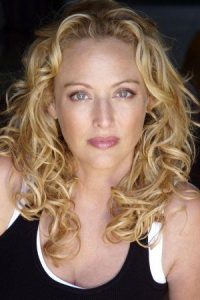 Virginia Madsen Facts:
*Her parents separated in the late 1960s.
*She is of Danish, Irish, English, Scottish and German descent.
*She is allergic to bee stings.
*Follow her on Twitter, Facebook and Tumblr.