Cuban American actor and former model who is known for roles in the films Resident Evil: The Final Chapter, Addicted and The Single Moms Club. He joined season 14th of Dancing with the Stars, and finished 3rd place with partner, Cheryl Burke. Born William Gutiérrez Levy in Havana, Cuba, William Levy is the son of Barbara Levy and Carlos Gutierrez. He was raised by his mother. He was in a relationship with Mexican-American actress Elizabeth Gutiérrez from 2003 until 2011, and they have two children: son, Christopher Alexander and daughter, Kailey Alexandra. 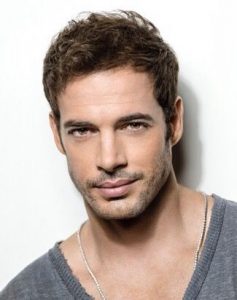 William Levy Facts:
*He immigrated to Miami, Florida, at the age of 14.
*He earned a baseball scholarship to St. Thomas University.
*One of (Spanish) People magazine’s 50 Sexiest Bachelors in the World (2006).
*Visit his official website: www.william-levy.net
*Follow him on Twitter, Facebook and Instagram.