Actor and screenwriter who is known for roles in the films Wedding Crashers, Starsky & Hutch, Midnight in Paris, Zoolander, Meet the Parents, and The Royal Tenenbaums. Born Owen Cunningham Wilson in Dallas, Texas, Owen Wilson is the son of photographer Laura Cunningham and advertising executive Robert Andrew Wilson. He belongs to Irish descent. He has two brothers, Andrew and Luke who are also actors. He attended the University of Texas in Austin, where he majored in English. It was there that he met Wes Anderson, with whom he has worked on several projects. He dated Federal Air Marshall Jade Duell from December 2009 to June 2011, with whom he had a son, Robert Ford Wilson. In 2014 he and his personal trainer Caroline Lindqvist Caroline Lindqvist had a son, Finn Lindqvist Wilson. 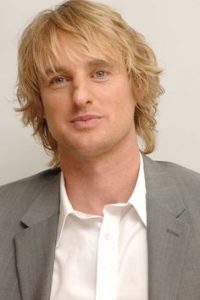 Owen Wilson Facts:
*He is of Irish descent.
*He is left-handed.
*He is a fan of English football club Chelsea FC.
*He has an Australian cattle dog, Garcia.
*He dated actress and model Kate Hudson from 2006 to 2009.