Willy Ta Bi was an Ivorian professional footballer who played as a defensive midfielder. He captained the national youth team and appeared at the 2017 Francophone Games. Willy played club football for Moossou, ASEC Mimosas and Atalanta. 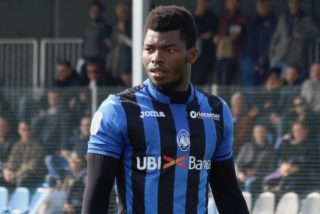 Willy Ta Bi Facts:
*He was born Willy Braciano Ta Bi on December 5, 1999 in Divo, Côte d’Ivoire.
*He made one appearance for the Ivory Coast senior team in 2017, and also represented them at under-17 and under-20 levels.
*He joined Atalanta Primavera in January 2019 from Ivory Coast’s ASEC Mimosas.
*He won the 2019 Italian youth title with Atalanta Primavera.
*He died on 23 February 2021, aged 21, from liver cancer.