Wolfgang Bahro is a German actor and voice actor. He is best known for his portrayal of Jo Gerner on the popular soap opera Gute Zeiten, schlechte Zeiten. In 2013, Bahro played the role of Jo Gerner as part of a crossover with fellow soap opera Alles was zählt. Apart from that, he has dubbed actor Tim Roth in Pulp Fiction and Captives and Steve Buscemi in Desperado and 28 Days. Born on September 18, 1960 in Berlin, Germany, Wolfgang started his acting career at a young age and debuted in the 1978 film Verführungen by Michael Verhoeven. Following his high school graduation, Bahro attended Free University of Berlin to study Psychology and Theater. However his passion for his acting work didn’t get along with the busy schedule and Bahro quit college after six out of eight semesters. He is married to Barbara Bahro with whom he has one son, David. 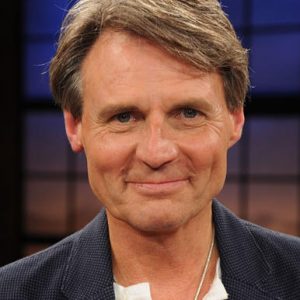 Wolfgang Bahro Facts:
*He was born on September 18, 1960 in Berlin, Germany.
*He started his acting career at a young age.
*He debuted in the 1978 film Verführungen by Michael Verhoeven.
*He made his stage debut in the play Der wahre Jakob in 1981.
*Visit his official website: www.wolfgangbahro.de
*Follow him on Twitter, Facebook and Instagram.