Tooba Siddiqui is a Pakistani model and actress who has appeared in campaigns for Deevees and Diva. She began her acting career in 2010. She is known for appearing in television shows, such as Bol Meri Machli, Noor Bano, Kitni Girhain Baaki Hain, Pal May Ishq Pal May Nahi, Iltija and Tum Se Hi Taluq Hai. She also appeared in the film Dobara Phir Se in 2016. She won Lux Style Award for Best Model (Female) in 2006 and Best Dressed Celebrity (Female) in 2008. Born on August 7, 1984 in Karachi, Pakistan, Siddiqui started her career by appearing in a Music Video “My Love” for pop singer Yasir Akhtar. She began her modeling career in 2000. She has a daughter and son. 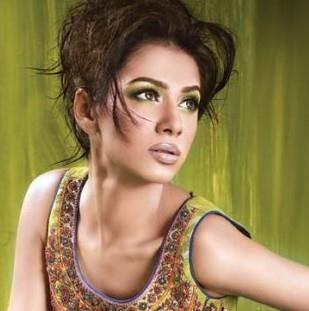 Tooba Siddiqui Facts:
*She was born on August 7, 1984 in Karachi, Pakistan.
*She first appeared in pop singer Yasir Akhtar music video for My Love.
*She has modeled for campaigns including Deevees and Diva.
*Follow her on Twitter, Facebook and Instagram.