Wrabel is an American musician, singer and songwriter, best known for his hit song “11 Blocks”, which was heavily supported and promoted by Kesha. He has written songs for artists such as Ellie Goulding, Prince Royce, Pentatonix, Katharine McPhee, Lea Michele, Will Young, Phillip Phillips, and Adam Lambert. Wrabel released an EP titled We Could Be Beautiful in May 2017. Born Stephen Wrabel on January 7, 1989 in Long Island, New York, he was educated at The Kinkaid School in Houston, Texas. Following his high school graduation, he studied at the Berklee College of Music for a semester before he moved to LA to pursue songwriting at the age of 19. Wrabel got his first big break when he was signed to Pulse Recording as a songwriter. 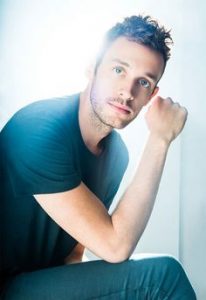 Wrabel Facts:
*He was born on January 7, 1989 in Long Island, New York, USA.
*He attended high school at The Kinkaid School in Houston, Texas.
*He began playing piano when he was 15 years old.
*His single “11 Blocks”, peaked at number 18 on the Bubbling Under Hot 100 Singles chart.
*In 2014, The Huffington Post named him an artist you need to know.
*He is gay.
*Visit his official website: www.wrabelmusic.com
*Follow him on Twitter, SoundCloud, YouTube, Facebook and Instagram.