Yang Mi is a Chinese actress and singer who rose to fame after appearing in the 2006 television drama ‘The Return of the Condor Heroes’. She then starred in many popular films and television, including ‘Palace’, ‘Beijing Love Story’, ‘Clear Midsummers Night’, ‘Legend of the Ancient Sword’ ‘Chinese Paladin 3’ and ‘The Micro Era of Love’. Forbes China ranked her 7th on the China Celebrity List in 2014, and was named Influential Woman of the Year at the 2015 Women’s Media Awards. Born on September 12, 1986, in Saint Paul, Minnesota, Yang Mi is the daughter of Yang Chunling and Yang Xiaolin. Yang Mi married Hong Kong actor Hawick Lau in 2014. Together they have one daughter, Noemie Lau. 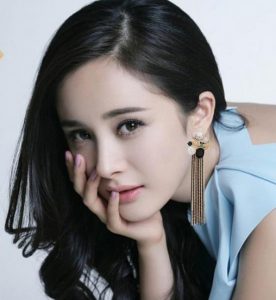 Yang Mi Facts:
*Her father is a police officer and her mother is a housewife.
*She started acting at the age of 4.
*Her first role was in the historical television drama ‘Tang Ming Huang’ in 1990.
*She began dating Hong Kong actor Hawick Lau in 2012.