Yaya Touré is an Ivorian professional football coach and a former player who played as a midfielder. He began his youth soccer career at Ivorian club ASEC Mimosas, and played for Beveren, Metalurh Donetsk, Olympiacos, Monaco, and Barcelona before joining Manchester City in 2010. One of the greatest African players of all time, Touré became a member of the Ivory Coast national team in 2004 and was voted African Footballer of the Year for 2011, 2012, 2013 and 2014. 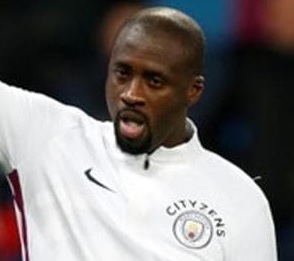 Yaya Touré Facts:
*He was born on May 13, 1983 in Bouaké, Ivory Coast.
*He began his playing career with ASEC Mimosas in 1996 at age thirteen.
*He joined Manchester City in 2010 after spending three seasons with FC Barcelona.
*He helped City earn their first league title in 44 years.
*His older brother Kolo Toure was his teammate on Manchester City.
*Follow him on Twitter, Facebook and Instagram.