Thai politician and businesswoman who became 28th prime minister of Thailand from 2011 to 2014. She is a member of the Pheu Thai Party. She is the younger sister of former prime minister Thaksin Shinawatra. Born in Chiang Mai, Thailand, on June 21, 1967, to Yindee and Lert Shinawatra, Yingluck Shinawatra is the youngest of nine children. She has been married to Thai businessman Anusorn Amornchat since 1995. They have a son named Supasek. 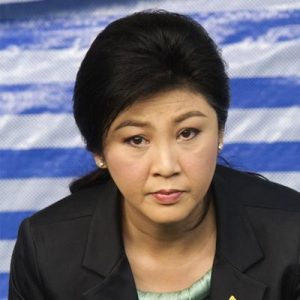 Yingluck Shinawatra Facts:
*She is youngest of nine children; elder brother is former PM Thaksin Shinawatra.
*She was one of the youngest Prime Ministers in Thailand’s history.
*She was a businesswoman before she turned to politics
*She has two degrees in politics.
*Thailand’s supreme court found her guilty of negligence and sentenced her to five years in prison. (September 2017)
*Follow her on Facebook.