Yui Ichikawa, who became a model at a young age, is an actress and model from Tokyo, Japan. She is best known for her roles in the 2002 horror film Ju-on: The Grudge and its sequel, Ju-on: The Grudge 2. She has also done voice work in the 2008 video game Sands of Destruction. Born as Ichikawa-Yui on February 10, 1986 in Tokyo, Japan, she began her film career with a small role in Ju-on: The Grudge. She has been married to actor Shigeyuki Totsugi since 2015. They have a son together. 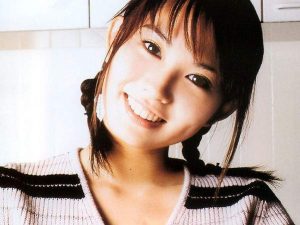 Yui Ichikawa Facts:
*She is known by her nickname ‘Yui-nyan’.
*She began her career as a model.
*In 2001, she made her professional acting debut in the drama Shibuyakei joshi Pro Race.
*In 2002, she was one of five chosen as Fuji Television’s Visual Queen of the year.
*Follow her on Instagram.