Actor and former fashion model Mehcad Brooks is best known for his performances as Matthew Applewhite in season two of Desperate Housewives, as Terrance “TK” King in the USA series Necessary Roughness, as James Olsen on Supergirl and as Jerome in The Game. Born as Mehcad Jason McKinley Brooks on October 25, 1980 in Austin, Texas to Alberta Phillips and Billy Brooks, his father was a professional football player. He has one older brother named Billy. He rejected many basketball scholarships and Ivy League schools to attend USC. He was in a relationship with Serinda Swan from 2010 to 2011. 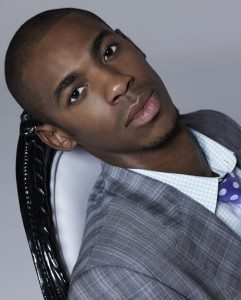 Mehcad Brooks Facts:
*He is the son of famous editorialist Alberta Phillips.
*He was all-state in basketball while in high school.
*He began modeling at the age of 15.
*He used to model underwear for Calvin Klein.
*He plays acoustic guitar.
*He has an extensive collection of vintage Playboy magazines.
*Follow him on Twitter, Facebook and Instagram.