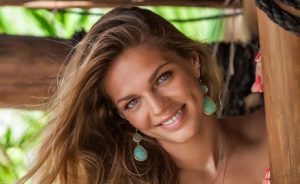 Yulia Efimova Facts:
*She started swimming as a child and took up training at age six in Volgodonsk, Russian Federation.
*She was named the Russian Swimming Federation’s Female Swimmer of the Year in 2008, 2015 and 2016.
*She took up acrobatics first but her father suggested she should start swimming. He was her first coach.
*She failed a drug test and was suspended from competition for 16 months in 2013.
*She swam with an injured leg at the 2009 World Championships in Rome, Italy.
*Her hobbies are surfing, playing the guitar.
*Her swimming idol are US swimmer Michael Phelps and Russian swimmer Alexander Popov.