Keshia Knight Pulliam is an American actress who became famous for her role as Rudy Huxtable on The Cosby Show from 1984 to 1992. She also played the character Miranda Payne on the Tyler Perry series House of Payne. Her parents are Denise and James Pulliam, and she is the eldest of their four children. She has two younger brothers, James Knight Pulliam II and Mshon Knight Pulliam. She has been married to Ed Hartwell since January 1, 2016. They have a daughter named Ella. 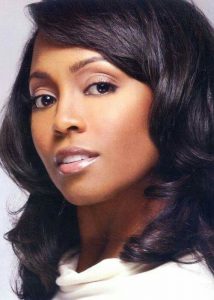 Keshia Knight Pulliam Facts:
*She won NAACP Image Awards in 2009, 2010, and 2012.
*She debuted as an actress at age three on Sesame Street.
*She became the youngest actress to receive an Emmy nomination in 1986.
*She was ranked #19 in VH1’s list of the “100 Greatest Kid Stars”
*Follow her on YouTube, Twitter, Facebook, and Instagram.