Yuzuru Hanyu is a Japanese figure skater. He is the two-time Olympic champion, a two-time World champion, a four-time Grand Prix Final champion, a three-time Four Continents silver medalist, the 2010 World Junior champion, the 2009–10 Junior Grand Prix Final champion, and a four-time Japanese national champion. At the age of nineteen, he was the youngest male skater to win the Olympic medalist since Dick Button in 1948. He also became the first man to win two consecutive Olympic gold medals since Dick Button’s back-to-back titles in 1948 and 1952. Born on December 7, 1994 in Sendai, Miyagi Prefecture, Japan, he has one older sister, Saya, who got him into figure skating. He began figure skating when he was four years old. At 13, he was the youngest male skater to win Japan Junior Championship. 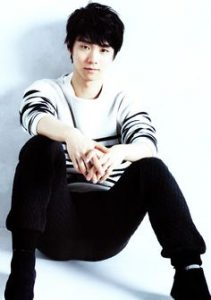 Yuzuru Hanyu Facts:
*He was born in Sendai, Japan, on December 7, 1994.
*He began figure skating when he was 4 years old.
*His name means “Bowstring”.
*He won silver at the four continents championships.
*He is the first Japanese man to win Olympic Gold.
*His figure skating idol growing up was Evgeni Plushenko.
*Follow him on Twitter.