Zack Torres is an American dancer, best known as a dancer at Abby’s Ultimate Dance Competition and appearing on Lifetime’s reality TV series Dance Moms. Born Zackery Torres on March 16, 1999 in Arizona, his mother is named Gina and he has two sisters named Tesa and Mia. He moved from Lichfield Park Arizona to Phoenix when he was a child. He began dancing at the age of 10. 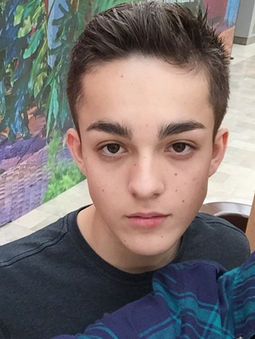 Zack Torres Facts:
*He was born on March 16, 1999 in Litchfield Park, Arizona, USA.
*As a child he played soccer and baseball.
*Starting at age 10, Zack began dancing.
*He graduated from Arizona School of the Arts in June 2017.
*He competed on the first season of Abby’s Ultimate Dance Competition.
*He performed for the Candy Apple’s in Dance Moms.
*Visit his official website: www.zacktorresdance.com
*Follow him on Facebook and Instagram.