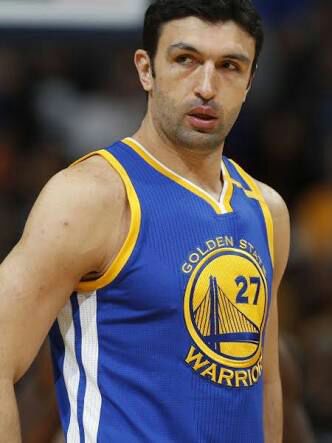 Born Zaur Pachulia on February 10, 1984 in Tbilisi, Georgia, to parents Marina and David Pachulia, he was scouted and recruited by the Turkish professional team Ülkerspor when he was a teenager. Pachulia is married to Tika Alavidze with whom he has two sons, Davit and Saba, and a daughter named Mariam.

Zaza Pachulia Facts:
*He was born on February 10, 1984 in Tbilisi, Georgia.
*He began playing basketball at an early age in Georgia.
*He was 6’8″ at the age of 13.
*He began his professional career in 1999 with the Turkish team Ulkerspor.
*He was drafted in the second round by the Orlando Magic during the 2003 NBA draft.
*He played for the Atlanta Hawks from 2005 to 2013.
*He has dual citizenship of Georgian and Turkish.
*Follow him on Twitter, Facebook and Instagram.