One of the most dedicated actors of Bollywood, Khan has starred in such films as Dil, Dil Hai Ke Manta Nahin, Jo Jeeta Wohi Sikandar, Andaz Apna Apna, Rangeela, Raja Hindustani, Ghulam, Sarfarosh, Dil Chahta Hai, Mangal Pandey: The Rising, Ghajini, PK, 3 Idiots, Dangal, Like Stars on Earth, Rang De Basanti and Lagaan. He has earned numerous accolades, including nine Filmfare Awards, four National Film Awards, and an AACTA Award. He was honoured by the Government of India with the Padma Shri in 2003 and the Padma Bhushan in 2010, and received an honorary title from the Government of China in 2017. 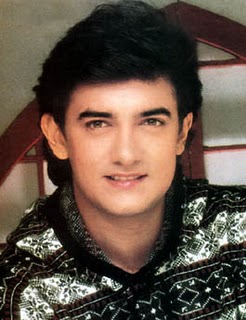 Born Mohammed Aamir Hussain Khan on March 14, 1965 in Mumbai, India, to parents Zeenat and Zaakir Hussain, he has a brother and two sisters. His nephew, Imran Khan, also became an actor. He has been married to Kiran Rao since December 28, 2005. He was previously married to Reena Dutta from 1986 to 2002. He has two sons, Azad and Junaid, and a daughter, Ira.

Aamir Khan Facts:
*Born on March 14, 1965 in Mumbai, India, he is of Pathan descent.
*He first appeared in his uncle Nasir Hussain’s film Yaadon Ki Baaraat (1973) as a child actor.
*He founded his own production company, Aamir Khan Productions in 2001.
*He received Padma Bhushan award in 2010.
*He was among TIME Magazine’s 100 Most Influential People in the World in April 2013.
*In 2020, he was appointed as the Ceat Tyres brand ambassador.
*For years, he has been regularly listed one among The 500 Most Influential Muslims of the world.
*He is best friends with Juhi Chawla and Rani Mukherjee.
*His favorite actors are Daniel Day-Lewis and Dilip Kumar.
*He has been a big fan of Alfred Hitchkock stories.
*He is a big fan of the Star Wars saga.
*He has a pet dog named Shahrukh.