English model and television presenter who was runner-up of Britain’s Next Top Model, Cycle 2 and later won series 11 of Strictly Come Dancing in 2013. She has also appeared on the covers of major international magazines including Sports Illustrated, Arena, Marie Claire, Elle, Esquire and Love Magazine. In 2015, Clancy became the host of Britain’s Next Top Model. Born Abigail Marie Clancy on January 10, 1986 in Liverpool, England, to parents Karen and Geoffrey Thomas Clancy, she is the oldest of four children. She did her schooling from St Mary’s Primary School and St Julies Secondary School. In June 2011, Clancy married footballer Peter Crouch with whom she has two daughters, Sophia and Liberty, and two sons, Johnny and Jack. 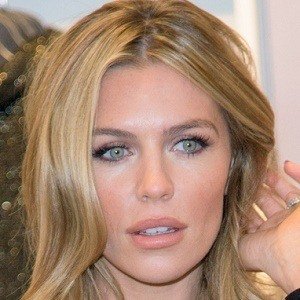 Abbey Clancy Facts:
*She was born on January 10, 1986 in Liverpool, England, UK.
*She first achieved fame as a catwalk and lingerie model.
*She came 2nd in the second series of Britain’s Next Top Model in 2006.
*She won series eleven of Strictly Come Dancing in 2013.
*She was ranked #37 on FHM Magazine’s 100 sexiest women in the world list in 2007.
*Her first book, Remember My Name, was published in March 2016.
*Follow her on Twitter, Facebook and Instagram.